This interview is written by our amazing Glug Editor April Edgar.

So...hey! Let’s get started, for those gluggers who may not have had the pleasure of meeting you yet, give us a brief insight into who you are and what you’re up to? I’m Paul McEntee and I’m the Founder and Director of a boutique PR agency called Mc&T, which is pronounced like mac’n’cheese!

I come from the big agency world, I used to work at Edelman in their London office heading up their consumer brand portfolio for 10 years. Three years ago I left and set up Mc&T, a small boutique PR agency, our team is made up of 6 people and you’ll find us in Soho Works, Shoreditch.

Wow, you’ve been smashing it in the PR industry, what a career! What made you up and leave the leave big agency life and set-up on your own? Give us an sneak-peek into what it’s like to work at Mc&T! I decided that there was a better way to do things...or different...I should say! I mean it was a bit of a lifestyle shift but this is a much smarter way to approach work. With smaller boutique agencies like ours, the expertise is absolutely there, we take a big-agency mindset and apply it to out smaller format. We stay small, stay connected and stay relevant.

There tends to be so much crap to get through in the agency world that you’re only spending about 40% of your time on actual work. It burns people out. Kids are coming into the industry working 16 hour days and getting paid pittance.

Do you think you could you give us an sneak-peek into what it’s like to work at Mc&T? We’re all about championing the work life balance. No one here works late, they can work from home or wherever they like as long as they have wifi and the work gets done. Using the latest technology and working in these shared creative spaces means we still deliver best-in-class ideas but we do it in a way in which the client/agency relationship didn’t suffer or become strained.

You’ll see more of this concept especially as the boutique agencies, like ours, begin to grow, the interesting bit will be how they can be networked in a way that is global, rather than just having a domestic offering. If you’re a client and you have a global footprint, you’re probably paying a big agency loads of money, but you can export the model we use here and have an office in LA, San Fran, New York and Cape Town or Australia. 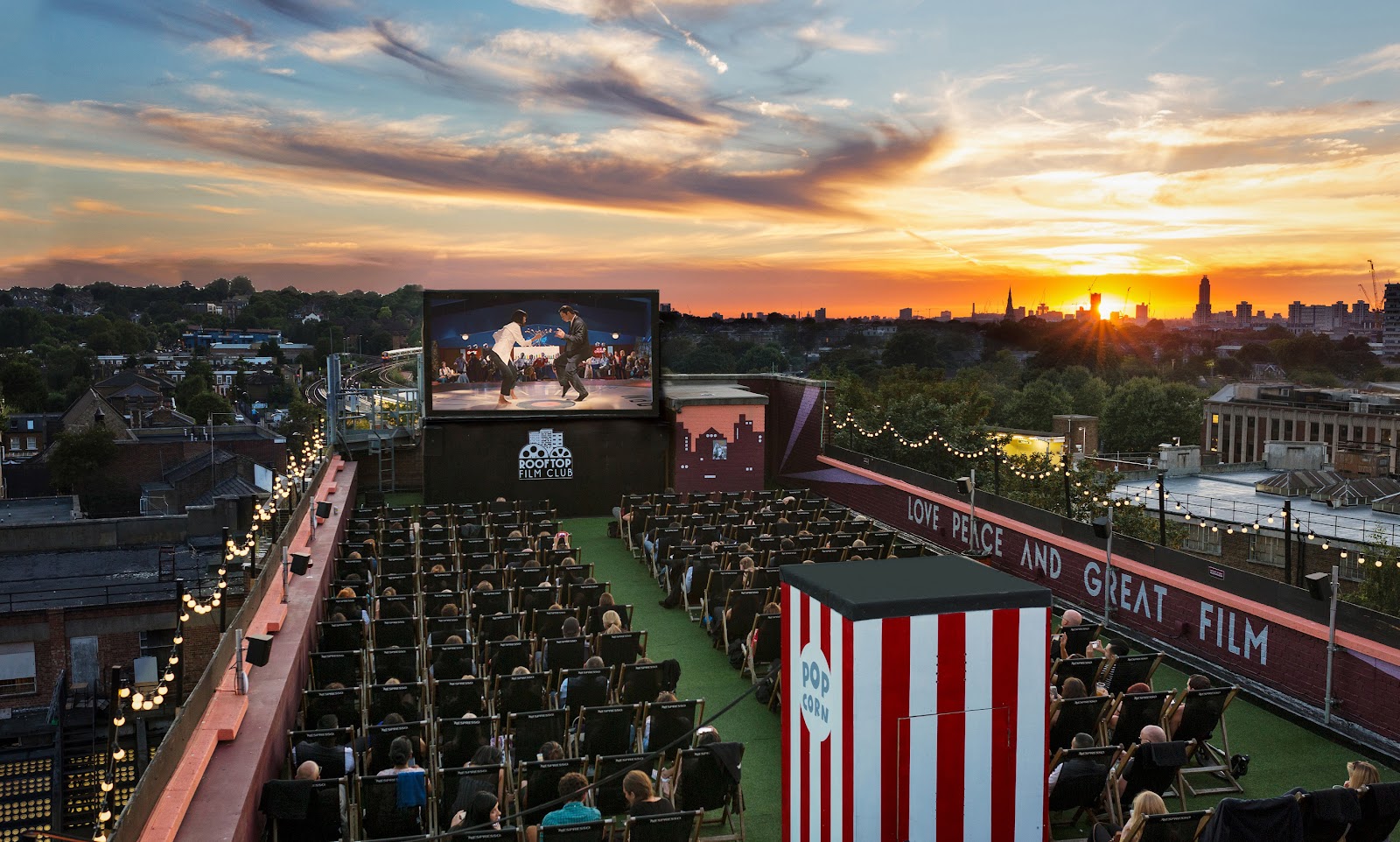 You’ve hit the nail on the head and it seems to be working really well for you guys! You’re looking after a bunch of really cool clients, what do you guys look for when you partner with new ones? Well, the grand thing would be to say we want to work with people who want to make the world a better place but you’re not going to find that with everyone.

We tend work with startups and disruptive brands that want to make a mark in their market, these range from innovative brands like Giffgaff, to smaller start up brands like The Rooftop Cinema Club who are expanding out to America. However, we’re also looking at established brands who are trying to evolve, to re-establish themselves and find a new audience.

We actually turn down a lot of business that doesn’t fit with our brand positioning. We work to the mantra “work hard and don’t be a dick” and that goes for both us and our clients!

I know you probably can’t say...but if you had to, what has been some of your favourite client campaigns to take on at Mc&T? Our work for GiffGaff has really begun to define us as an agency, one campaign we did was centered around the concept of freedom. We decided to humanise drones and flew them all around the London skyline, which I have to say was an epic, epic nightmare! It was so windy, we had stuff falling out of the sky, there were kids everywhere, we were armed up to the teeth with insurance and paperwork...But, we got some awesome visual assets out of it.

We then became the “drone people” and launched a similar campaign for Cartoon Network. We flew the Powerpuff Girls around Dubai, it was also complete chaos in the desert heat, but the final imagery looks great!

For us, that’s what we want to do, stuff that’s big and powerful that gets noticed but also projects that involve technology. 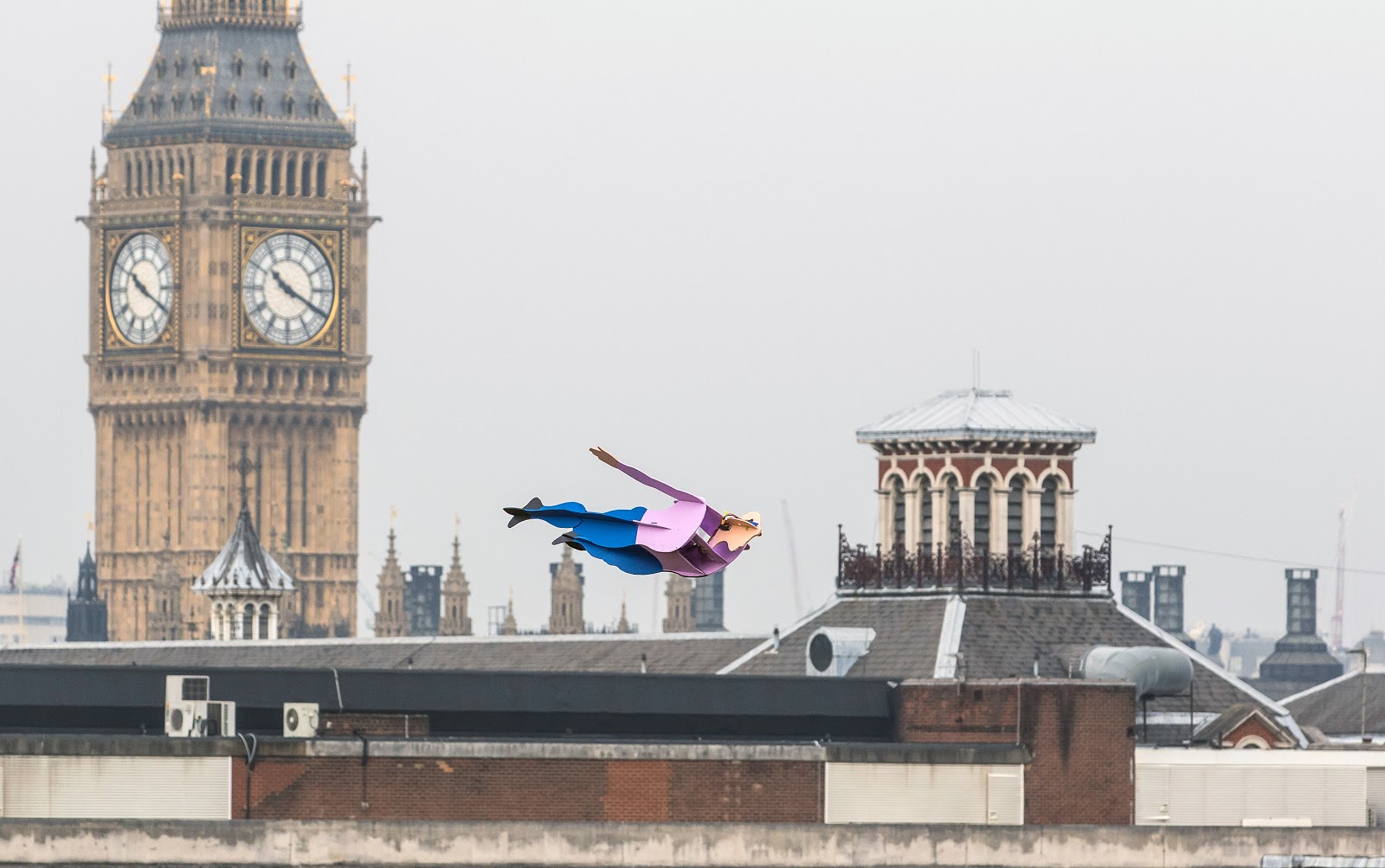 You clearly are a lover of tech! Which technology trends are you most excited about for this year and how would you like to use them? We like to use technology a lot! Technology is changing the world and I think how you can use it in brand communications is fascinating. We’re looking into AI and robotics and how we can bring them into our campaigns, but stuff like that’s expensive!

I even have a robot at home, at some point I’ll bring it in and use it at Mc&T but at the moment I just love trying to work it out and playing with it as a personal project.

Another thing, we wrote a thought-leadership piece on cryptocurrencies. It will be super interesting to see how brands will use these this year, no one's really rolled it out properly yet. Everyone seems a little bit scared of the concept and quite rightly so I guess, it’s a bit of a dark art at the moment.

Nice, keep us updated on your robot! Now, Is there anyone in the industry whose shoes you’d like to fill, anyone you’d like to swap jobs with? Ummm...I think creative technologists have the best jobs ever! They get all the beta phase products, whether that’s a new phone or a robot, they get it before anyone else, play around with it and work out how to use it in their brand campaign, that’s super exciting. 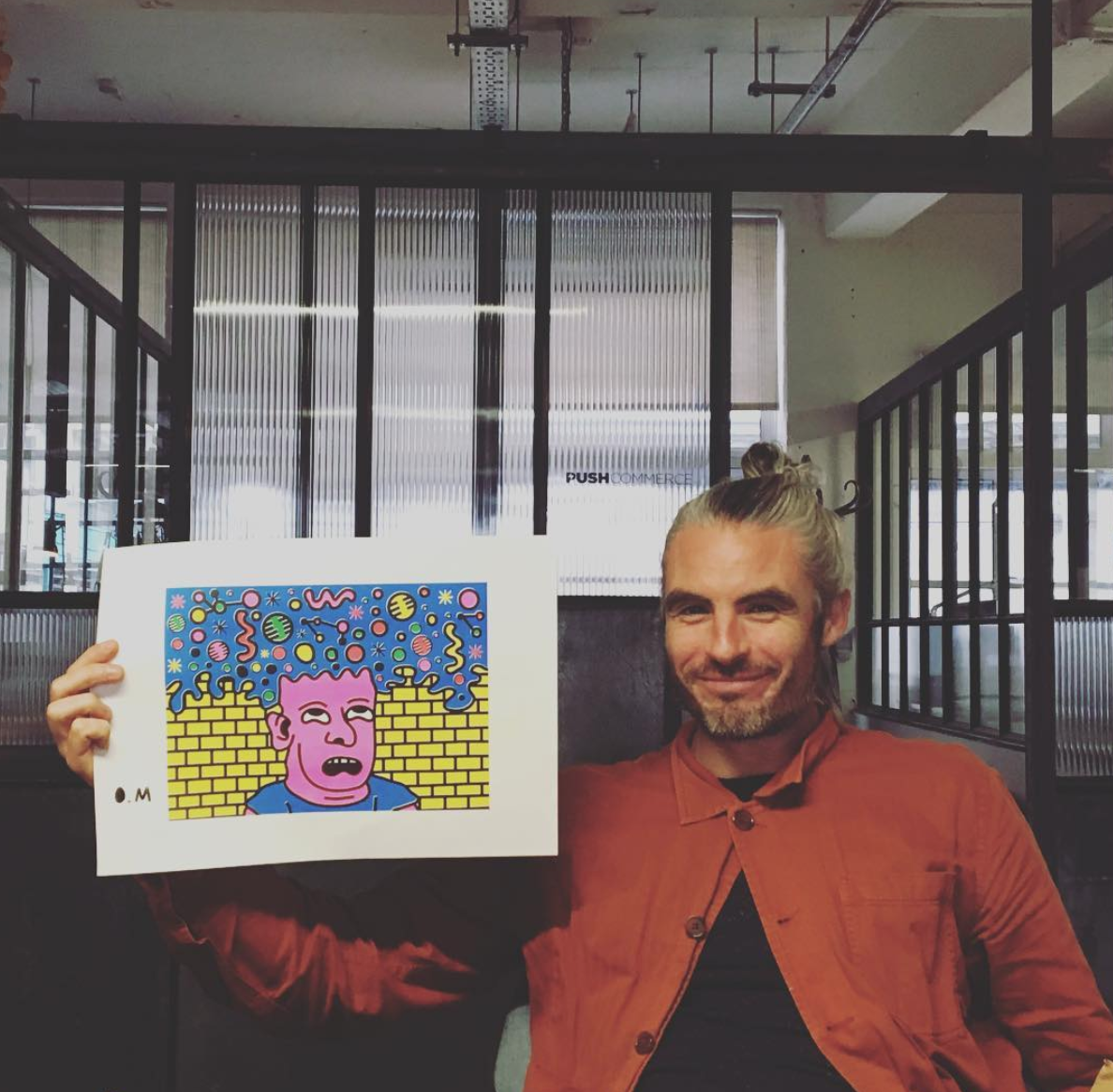 That sounds like an awesome job indeed! So, in your current role, when you or the team get in a creative block, you’ve encountered an issue with a client or things just don’t seem to be going your way...how do you guys try to overcome this? I have a bit of a dramatic answer to that one...I just say just don’t! I know exactly the situation that the questions describes, you may have had a shitty day and an idea you’ve had your heart set on, but I think f*ck it, just chill out and go home. Go and see your friends and family and come back tomorrow and start fresh. Forcing it just doesn’t work, you’ll be sat in the office deflated, pushing paper around, just go back to bed!Haha, well that sounds like the perfect solution to me!

Haha, well that sounds like the perfect solution to me! Has there been anyone throughout your career who’s helped you along the way, any mentors you’d like to give a little shout out to? Yes, I have two mentors, I think mentors are really important actually...someone asked me to be their mentor once, I said no and I really regret it!

Oh really? Well, I’m actually looking for one if you’d like to be mine... Awesome, okay, deal done! *Shake hands for the record*

Back to your question, my mentors are both PR people too. One was my first boss, a fabulous man called Mark Borkowski. He gave me my first job in PR and taught me that publicity is a craft or an art, it’s a way of storytelling that you need study and figure out. It’s not going to college to do a communications course, you really need to have an appreciation of the art form. He taught me how to spin a story, create news and how to be creative with brands and position them to media.

My other mentor is my boss at Edelman, Ruth Warder, their GM. She taught me all the practical skills, all about execution and delivery and how to be really diligent and be super smart with clients and all that stuff.

That sounds like the perfect PR recipe! I’d just like to conclude with a piece of advice, what would you tell all the newbies in the industry, just starting out in their careers? Upskill yourself! If you’re coming into an agency, just learn learn learn, do a coding course, go and spend time learning how to design or artwork stuff. Get as many skills as you can, even if it’s not your job, you’ll never know when you’ll need it.

Then, I’d probably say get yourself a mentor and don’t be a dick!

This articles is part of our Glug Profiles series – a series of interviews aiming to highlight journeys and insights from creatives, makers, doers and cool cats from all walks of life in the creative industry, and the world. Get in touch with Malin if you'd like to take part: malin@glugevents.com